Brandon Ingram To Return On Wednesday 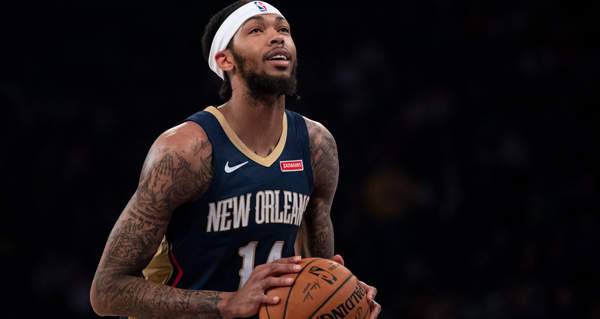 Brandon Ingram is finally set to make his long-awaited return to the New Orleans Pelicans lineup. After missing nearly two months due to a left big toe injury, Ingram will return on Wednesday night when New Orleans hosts the Minnesota Timberwolves.

The Pelicans have gone 15-14 without Ingram in the lineup. That includes New Orleans current five-game losing streak.

Ingram's return comes a day after the Pelicans announced that Zion Williamson would be out at least two more weeks with a hamstring injury. The Pelicans have also dealt with injuries to several other rotation players while Ingram and Williamson have been out.

Ingram has appeared in only 15 games this season, but has played great when he's been in the lineup. The seventh-year wing has averaged 20.8 points on 47/47/87 shooting splits this season.