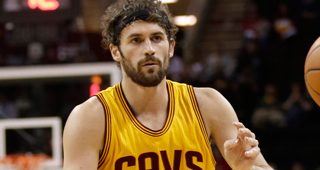 There have also been very preliminary discussions about expanding the deal to include Carmelo Anthony, who would have to waive his no-trade clause with the New York Knicks to facilitate a trade to the Cavaliers.

The Knicks would receive draft picks and players in return with one believed to be Timofey Mozgov.

Those talks have not progressed.

Anthony reiterated on Friday he has no plans to seek a trade.

“Not yet. I'm pretty sure I'll have that conversation with myself and my family and my team,” he said. “But it's not a conversation for right now.”

Two other possibilities for Anthony are the Celtics and Los Angeles Clippers.

For now, the Celtics are focused on Love.