Cavs, Rockets, Pelicans, Thunder Inquire With Pistons On Moving Up To No. 1 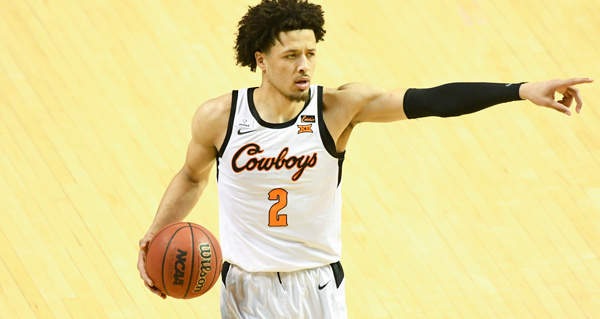 In the weeks since the Detroit Pistons won the lottery to draft first overall, the Cleveland Cavaliers, Houston Rockets, New Orleans Pelicans and Oklahoma City Thunder are among the teams who have inquired about moving up to No. 1, sources tell ESPN.

If a deal were to be consummated, it would more than likely occur closer to the draft.

"Detroit is comfortable standing pat at No. 1 and taking [Cade] Cunningham but will be active in exploring the possibility of trading down and obtaining additional assets, with [Evan ]Mobley a potential target if something gets done," writes Jonathan Givony.

While Cunningham has widely been considered the consensus top prospect in the draft, multiple reports have suggested Detroit's Troy Weaver isn't necessarily sold on Cunningham.

Givony writes that Cunningham remains "the overwhelming favorite to end up in Detroit at that spot still."