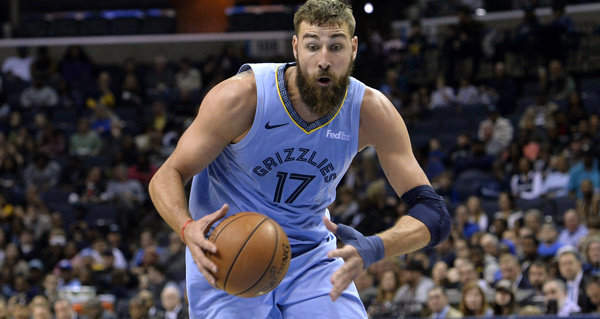 Before eventually agreeing to a trade with the New Orleans Pelicans ahead of the draft, the Memphis Grizzlies were in serious talks with the Sacramento Kings on a similar deal, according to Brian Windhorst on The Hoop Collective Podcast.

The Grizzlies would have sent Jonas Valanciunas to the Kings for the No. 9 pick in the draft and Marvin Begley Jr.

Memphis instead traded up with the Pelicans at No. 10 while also taking back Steven Adams and Eric Bledsoe. New Orleans acquired Valanciunas as part of the deal.

Sacramento used the No. 9 pick on Davion Mitchell.