Bradley Beal 'Embracing Being Able To Dictate What I Want Future To Be, Where I Want It To Be' 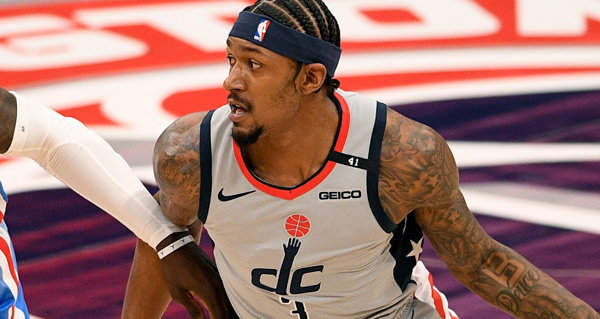 Bradley Beal remains eligible for a contract extension with the Washington Wizards and is open-minded about his future. The extension would be worth approximately $181 million over four years starting during the 22-23 season, or he could wait to the offseason and sign a brand new five-year, $242 million contract.

"I have time," said Beal. "I kind of hold the cards right now. I've one never been in this position. Right? I'm kind of embracing that. Kind of being able to dictate what I want my future to be and where I want it to be.

"And at the same time I'm giving Shep that opportunity to show that it's working. At the same time I'm not going to make that grand commitment and it doesn't work. Ultimately, you have to be selfish at some point. For probably the first time in my career, year 10, I am.

"My full commitment is to the team. I want it to work. I've contributed to being here. I've committed to being here twice. Now I want to see that commitment to me as well. That we can create a winning team here, a winning environment. Granted, I'm a part of that. I have to make sure I'm stepping up and doing my thing just as well."