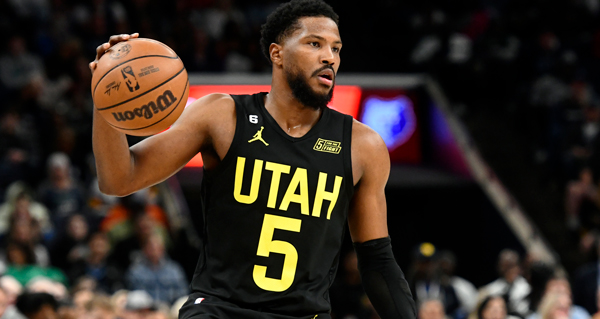 The Cleveland Cavaliers have been looking to add another wing shooter to their rotation all season. That pursuit has the Cavs considering a three-team trade with the Atlanta Hawks and Utah Jazz.

In the rumored construction, Cleveland would land Malik Beasley from Utah. The Jazz would acquire John Collins, who they've had rumored interest in for months. The Hawks would likely acquire players from both Cleveland and Utah, with Caris LeVert potentially included in a deal.

Beasley has averaged 13.8 points and 3.5 rebounds in 46 games off the Jazz bench. The seventh-year guard has shot 40% from the field, and 36% from behind the arc.

On potential holdup for Utah is taking on the remainder of Collins' contract. The Jazz have asked the Hawks for draft compensation for taking on the $102 million that Collins is owed through 2025-26.