What Exactly Does Kyrie Irving Want? 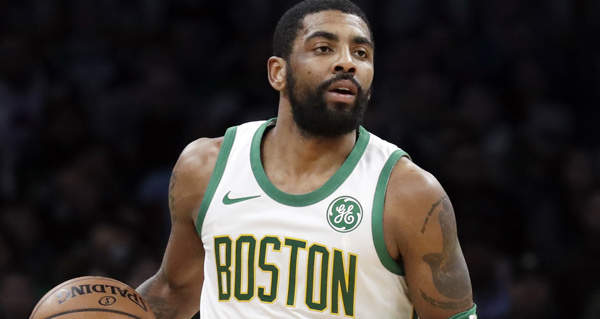 It’s often hard to figure out just what it is we want. Within oneself, there are competing desires, options that are simultaneously appealing, yet inherently contradictory. Do you want independence or community, stability or excitement, potential or actuality? There’s often a pull towards both simultaneously even as we know that one of these options must be chosen at the expense of the other.

For NBA players, these choices are no less acute or difficult than they are for the rest of us and free agency is a time for them to showcase what exactly they prioritize and value, what sort of life they want to live, and what legacy they hope to leave behind. And yet, even as Kyrie Irving made a strong declaration of intent by agreeing to sign a four year deal with the Brooklyn Nets alongside Kevin Durant as soon as free agency opened on Sunday, what Irving is striving for remains as opaque as ever.

Kyrie was drafted by Cleveland in 2011, and looked to be the franchise’s future cornerstone until the return of LeBron James three years later. Pretty much everyone in Northeast Ohio was thrilled with this development apart from Irving himself, whose feelings were pretty consistently ambivalent. Even as he experienced previously unattainable success with James as a teammate -- making three consecutive runs to the Finals and solidifying his place in NBA lore and in the hearts of Cavaliers fans by making the championship clinching shot in the 2016 Finals -- these mixed feelings remained. After the 2017 Finals, they overflowed and he demanded a trade, seeking his own team where he could be the undisputed leader. He got what he wished for, becoming the Celtics’ primary star, but contentment remained elusive.

Sometimes, after getting what we want, we realize that we were misguided in wishing for the very thing we had spent so much time hoping for, and that seems to be what happened with Irving in Boston. As the Celtics’ best player, and the team’s de facto leader, he seemed adrift at times, and often appeared frustrated that he could not bend the team to his own will, stymied by the fact that younger players had their own ideas about how the team could best achieve success and would not just simply listen to him. While Irving could have possibly recognized his younger self in Jaylen Brown and Jayson Tatum, empathizing with their own plight, he vacillated between tacit expressions of empathy and aloofness. Despite claiming that he would re-sign with the Celtics last fall, it quickly became clear that this partnership would not last. Irving may not have known exactly what he wanted, but he knew it was not whatever was happening in Boston.

Every superstar is distinct in terms of style of personality and few stand out more than Irving. Irving is one of the oddest NBA superstars in recent memory, or at least a star who is more open about the confusions inherent in being a multi-millionaire twenty-something with the eyes of millions upon you, many of whom are investing their hopes in your success. It’s a weird position to be in that only a handful of people can relate to and trying to navigate that is sure to be confounding. There’s really no blueprint for making sense of this situation and for someone as devoted to living their truth as Irving is, these confusions are not something glossed over by the meaningless platitudes often employed by athletes seeking to avoid revealing any part of themselves.

Instead, in his case, they are quite explicit and anguished over both publicly and privately. There is a sense of striving that is clear to anyone who has heard Irving speak or ever scrolled through his Instagram. He appears to be after some sort of knowledge or insight that may not be attainable, even as he must believe that it is. All the stuff about the earth being flat and the Instagram captions that are grasping at profundity seem like signs of a restlessness, a desire to make sense of his unique place in the NBA landscape and the world at large. He may often come off like your annoying college roommate after he read Nietzsche or Sartre for the first time, though this is not a pretentious 19-year-old we are talking about but one of the best and most accomplished young players in recent league history, which casts all of this in a very different light. In another context, he may be a cliche — the perpetually discontent pseudo-intellectual spiritual striver — but in the world of the NBA, he’s an anomaly, one of the more consistently intriguing and intermittently sympathetic stars playing today.

The irony of Irving’s move to the Nets is that he now finds himself in a similar situation to the one he was so eager to leave two summers ago. Again, he is teammates with an older, more accomplished star, and the similarities raise questions about just makes this different. Irving is certainly better than he was when LeBron rejoined the Cavaliers five years ago, a bit closer to equal footing with Durant, but if things are indeed different now, it’s only by a matter of degrees. With Durant likely to miss the entire 2019-20 season, this will be Irving’s team for at least one year and it will be interesting to see what he makes of this chance to prove himself yet again. Will he establish himself as a player capable of singlehandedly rallying his teammates as he was unable to in Boston, leading them deep into the playoffs even as Durant rehabs from injury, or will the same anxieties and discomforts that undermined his tenures with Cleveland and Boston resurface? Irving is still just 27 years old, and will likely be a free agent again in just three years assuming his four year deal includes a player option, so this is not likely to be the final destination or chapter of his career. However, considering he is now in his prime and still has much to prove regarding his ability to lead a team, it may be the most important.