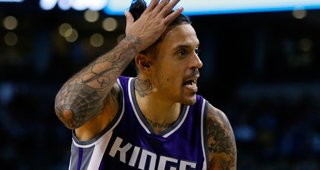 The New York Police Department plan on arresting and charging Matt Barnes with misdemeanor assault stemming from a nightclub incident.

"They've got enough to charge Barnes with an assault on a woman," a police source said. "It will probably be a misdemeanor assault on one of the females who was pushed or choked or sustained some sort of injury. She's obviously cooperating."

DeMarcus Cousins was also present at the time and is not likely to be charged.

Barnes had already left the scene when NYPD arrived to investigate.

Barnes and Cousins have also been served in a lawsuit from the incident. 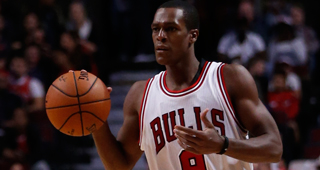 Rajon Rondo has been suspended by the Chicago Bulls for one game for conduct detrimental to the team.

Rondo will miss Monday's game against the Portland Trail Blazers.

According to Adrian Wojnarowski of The Vertical, Rondo had a heated postgame exchange following Saturday's loss to the Dallas Mavericks with assistant coach Jim Boylen.

Rondo apologized to the coaching staff and his teammates on Sunday, and as one source said, “took responsibility for it.”

Matt Barnes is sought by New York City police after an alleged confrontation at a nightclub in Chelsea early Monday morning.

Barnes allegedly choked a woman and two others (a man and an additional woman) as they attempted to intervene.

Barnes and a teammate on the Sacramento Kings, believed to be DeMarcus Cousins, were not at the club when police arrived.