Brad Stevens came away impressed after Carsen Edwards hit eight 3's in the third quarter of the Boston Celtics preseason win over the Cleveland Cavaliers.

"I've never seen anything like that. He was pretty special ... You look at a guy that size and you try to figure out how he does it. And he just keeps doing it," said Stevens.

Steve Kerr said that Steph Curry is peaking both mentally and physically as he heads into his 11th year in the NBA.

"He's at his peak physically, mentally. He's seen every defense that people have thrown at him now during his career, and he's ready to have a great year ... because it's the perfect time physically and mentally where everything's come together. He's in his prime age-wise, strength and conditioning-wise and defensively he's seen everything that's come his way. Teams have played him every possible way that you could think of, and he's had years now to work on counters. So he's kind of in his sweet spot right now," said Kerr after Warriors practice on Sunday.

Curry added that he expects to have the ball more in his hands this season without Kevin Durant, and as Klay Thompson recovers from his ACL injury.

"I'm going to have the ball in my hands a lot more. Just got to make the right plays, be confident, aggressive, assertive every possession. And that gets the dominoes falling, [to] use a term that he uses all the time. If you draw attention and you don't have a shot, move it on. It might come back around to you, other guys get touches, and we start to create and get offense that way," said Curry. 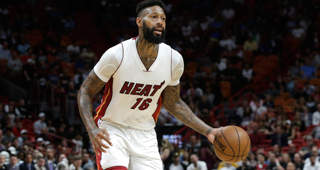 James Johnson made his return to the Miami Heat after getting kicked out of the team on September 30th for failing to meet their conditioning standards.

Johnson missed two weeks of practice, along with two out of the Heat's first five exhibition games.

“It’s great to have that guy back. He plays basketball the right way.”

Zion Williamson finished with 26 points on 9-of-12 shooting from the field in the New Orleans Pelicans' 128-127 preseason win over the Utah Jazz.

"You can't compare it to nobody. Nobody can do that. He does a really good job of being able to use his body. I mean, he's a force," said Josh Hart of Williamson's ability to use his strength.

Williamson is shooting 21-of-25 from the field in two preseason games. In the last 20 years, only Rudy Gay, Kevin Martin, and Shaquille O'Neal have scored more than 25 points while shooting over 75% from the field in multiple games during the preseason.

"He's kind of surprisingly agile. I think he catches a lot of people off guard because of that. He can change direction pretty quick."

Share Tweet Discuss Feedback
Alvin Gentry After Zion Williamson's Game-High 29 Points: 'We Have To Get Him Moving' 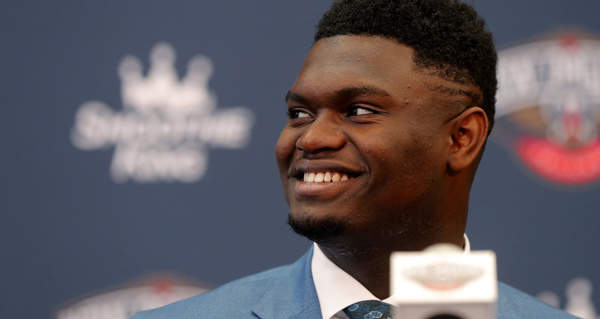 Zion Williamson scored a game-high 29 points during the New Orleans Pelicans' 127-125 win over the Chicago Bulls in preseason. Williamson finished the game shooting 12-13 from the field.

Alvin Gentry stressed that he wants Williamson to always be moving on offense.

Williamson added that he's focused on not standing still as a play develops.

"Sometimes I find myself standing still. If I feel like I'm standing, I circle around and try to find an open spot," added Williamson.

Marcus Morris will not get suspended after getting ejected from a preseason game against the Washington Wizards, league sources told Marc Berman of the New York Post.

Morris received a flagrant 2 foul for bouncing the ball off of Justin Anderson's head.

Morris had scored 17 points at the time of the ejection.

Marcus Morris said he regretted getting ejected from a New York Knicks preseason game against the Washington Wizards, but re-emphasized that the team will not back down.

"I just kind of overreacted a little bit … At the end of the day you never want to get thrown out of a game. There are different ways to go about different things and setting tone. It's preseason so something to learn from. I'm happy it's preseason. Things happen and it escalated ... Like I said in the beginning, we're not taking no s--t," said Morris.

Morris received a flagrant-2 foul after bouncing the ball off Justin Anderson's head.

David Fizdale added that he wants Morris to keep his edge.

"That's Marcus Morris. Our team will embody his spirit. Obviously he understands it can't be to the detriment of us. He didn't want to hurt the kid. He just told me, 'I shouldn't have made that play.' At the same time, he does have an edge to him and we want to keep that edge."

Anthony Davis finished with 22 points and 10 rebounds, while LeBron James added 15 points and 8 assists in the Los Angeles Lakers 123-101 win over the Golden State Warriors in preseason.

Both Davis and James played 18 minutes each and sat out the entire second half.

"I thought he was great from the beginning of the game, just his offset on the offensive end just to be able to get us extra possessions with rebounding. Knocking down shots. I think he had like five dunks in the first half. And communication on the defensive end. He's a very cerebral player. It was a good start for him," said James about Davis' performance.

"He's a monster. It's going to be very difficult to slow him down with what we had around him. I'm excited about what he's going to do, and Lakers fans should be, too," added Vogel.