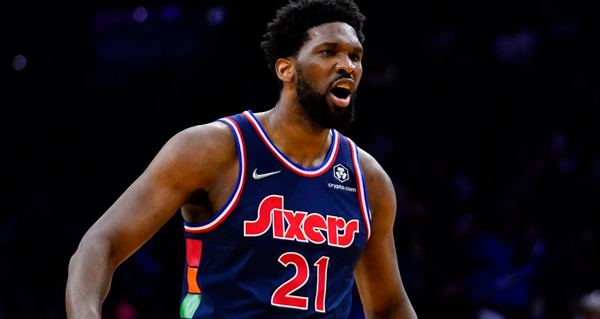 The NBA and NBPA will discuss eliminating the positional categories in All-NBA voting. With the award being a determining factor for contract size, the possibility of the league not rewarding the actual top-15 players in a given season takes on greater significance than a mere award.

In each of the past two seasons, Joel Embiid has finished on the Second Team despite being the MVP runner-up.

"In terms of determinations for All-NBA, I think a fair amount of consideration is going into whether we should just — really, you, the way it works now, the media — should just be picking top players than be picking by position," said Adam Silver ahead of Game 1 of The Finals. "I think we are a league that has moved increasingly toward positionless basketball, and the current system may result in some inequities based on the happenstance of what your position is.

"So that is something we’re looking at. It’s something that we will discuss with the Players Association because it has impact on incentives and players contracts, and it has, you know, deep meaning for their legacy as well. So we will look at those things.

"In terms of the ultimate selection process and to your point that in some cases can have a direct financial impact on a player’s contract, right now we agreed with the Players Association to use those designations to trigger certain bonuses in players’ contracts, frankly because we couldn’t come up with a better way that would feel objective to everyone involved.

"I think we all recognize that doing it on a pure stats basis or just using analytics, there would be unfairness there because it doesn’t pick up the intangibles. Certainly I don’t think anyone wanted the league office to do it. And we came up with this proxy for the media to do it.

"I understand from a player’s standpoint, saying, Can’t believe the media has been given this power over me. I will say, when you have a hundred media members essentially on the panel, it seems to work its way out. We are going to discuss that with the players and sit down once again and see if there’s a better way to do it."