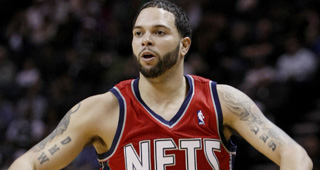 If Mikhail Prokhorov broke the rules and met with Dwight Howard, then it’s not just that Howard will never be a Net, even if that idea was something of a stretch to begin with.

If Prokhorov met with Orlando’s superstar big man in Miami the other night and the NBA has a watertight case of tampering against the Nets owner, then he probably just killed any chance of re-signing Deron Williams.

Williams is saying all the right things about staying long-term with the Nets. But if the team is penalized because its owner and GM brazenly flouted the rules by meeting with a player who currently is property of another team, then the Nets are looking at losing several No. 1 draft picks, at the very least.