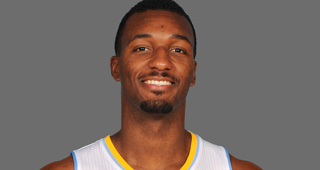 Jordan Hamilton has been fined $25,000 for directing inappropriate language toward a fan, the NBA announced on Wednesday.

The incident took place late in the fourth quarter of the Denver Nuggets loss to the Los Angeles Clippers on Tuesday. 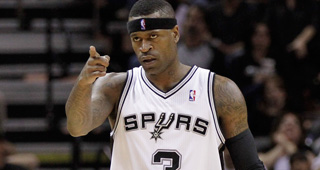 Stephen Jackson has been fined $25,000 in consultation and coordination between the NBA and San Antonio Spurs.

Jackson was given the fine because of his "hostile" Twitter message directed toward Oklahoma City Thunder forward Serge Ibaka.

Following Ibaka's physical altercation with Metta World Peace in Friday night's Thunder win over the Los Angeles Lakers, Jackson posted on his verified account: "Somebody tell serg Abaka. He aint bout dis life. Next time he run up on me im goin in his mouth. That's a promise. He doin 2 much."

Jackson has since deleted the tweet, issuing an apology. Still, the Spurs adamantly stated Sunday night that Jackson's comment was intolerable.

"The recent public comments made by Stephen Jackson are absolutely unacceptable, can not be tolerated and do not reflect the standards held by the San Antonio Spurs," general manager R.C. Buford said in a statement. 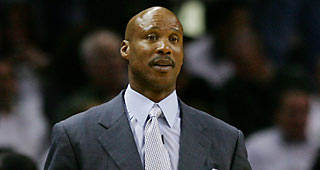 The NBA announced on Sunday that it has fined Bryon Scott and Chris Wilcox $25,000 each.

Scott was fined for public criticism of officiating after the Cleveland Cavaliers' loss on Friday.

Wilcox was fined for making an obscene gesture directed toward fans with 8:47 left in the fourth quarter of the Boston Celtics' loss on Friday. 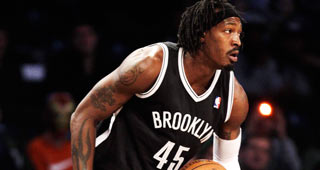 The NBA announced on Wednesday that Gerald Wallace has been fined $5,000 for flopping, joining Brooklyn Nets teammate Reggie Evans as the only repeat offenders under the league's new penalty system.

Wallace drew the fine for exaggerating contact against the Miami Heat on Saturday.

Seven players have been determined to have flopped after review by NBA officials. 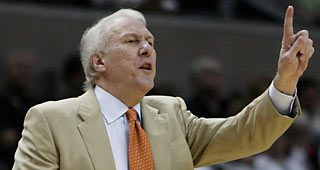 San Antonio Spurs coach Gregg Popovich left the door open to potentially appealing the $250,000 fine for his decision to sit star players on Thursday, and he acknowledged his disappointment in the NBA’s choice.

"What I do from my perspective is from a coaching perspective," Popovich said before Saturday’s game. "And I think the league operates from a business perspective. And I think that's reflective in the action that they took."

When asked if he could make a similar move again this season, Popovich stated: "I don't have a crystal ball."