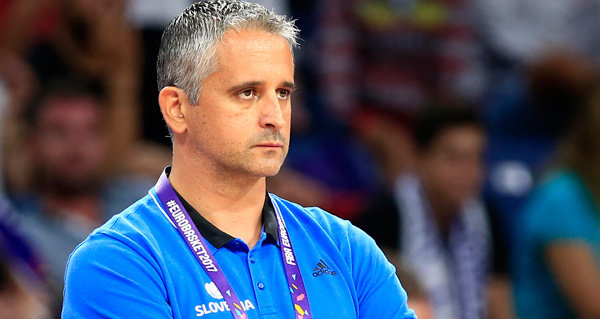 Igor Kokoskov was hired as head coach of the Phoenix Suns before they won the lottery.

When the Suns won the lottery, many assumed Kokoskov's links to Doncic as his coach with the Slovenian national team could lead him to Phoenix.

The Suns, however, drafted Deandre Ayton at No. 1.

Kokoskov had minimal input on who Phoenix chose with the No. 1 overall pick, but "loved" Doncic.

Vernon Carey Jr. has announced his commitment to Duke.

Carey's father played football at Miami and for the Miami Dolphins.

"Vernon Carey Jr. brings a unique combination of power and skill to the court," said Paul Biancardi, ESPN's national recruiting director. "What makes him special is his ability to dominate in the paint while also being effective with his face-up game. His nimble footwork and soft touch is not talked about enough at his physically imposing size. His future upside lies in conditioning."