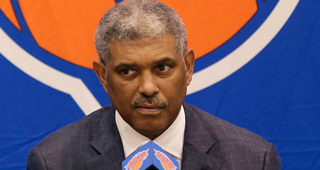 The NBA is headed for a summer of change unlike any we’ve seen in several years. First of all, somewhere between 200 and 225 players will be free agents this summer. This represents about 45% of the league. That alone would open the league up for a massive reset.

But things go beyond the number of available free agents. The salary cap is continuing climb, as it is projected at a record $109 million for the 19-20 season. The NBA has stayed consistent with this projection, so it’s likely to settle right around that figure. That means as maximum contracts raise in value, so do exceptions. That’s more money available for those 200 plus free agents.

It’s that last part that is most important: just less than half the league projects to have cap space this summer. As you can see in the tables below, there is expected to be somewhere between $600 and $650 million in available cap space and exceptions this summer. That’s in part because a lot of the questionable contracts signed in the summer of 2016 (when the cap spiked) are coming off the books. In addition, several players have signed shorter deals over the last couple of seasons. This has multiple teams hitting the summer with incredible flexibility.

This summer, that isn’t the case. To start with, there are several prime teams who project to have enough cap space, or the path to enough cap space, to sign one or two max free agents. This includes the four teams in the two biggest markets in the NBA: he Brooklyn Nets, New York Knicks, Los Angeles Clippers and Los Angeles Lakers. Along with those teams you have promising you teams like the Atlanta Hawks, Dallas Mavericks and Sacramento Kings. And then there are playoff mainstays who have key players locked up like the Indiana Pacers and Utah Jazz.

There is a mix of good teams to big markets to teams that are ready to win that have cap space. Now they just need someone to spend that money on. And this free agent class is a good one at the top. Kevin Durant, Kawhi Leonard, Kyrie Irving, Kemba Walker, Jimmy Butler, Khris Middleton, Tobias Harris and Klay Thompson are all free agents this summer. That’s not only All-Star level talent, but a really good start to All-NBA honors. Add to it that list promising restricted free agents like Kristaps Porzingis and D’Angelo Russell. There are also a lot of good to very good role players available. That’s a lot of talent on the market. And that’s without mentioning one of the best player ever to be available via trade in Anthony Davis!

This summer features the perfect combination of superstar talent and available cap space to reset the NBA in a major way. And there is no LeBron James to hold things up this time around, while everyone else plans around him. It’s going to be a fast and furious summer, starting probably as soon as the NBA Draft in late-June.