NBA owners approved the CBA unanimously earlier in the week. 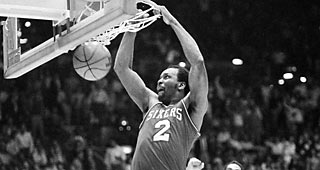 The NBA will become the first professional sports league to offer retired players medical benefits as part of a comprehensive and enhanced player retirement package.

Starting on Jan. 1, the NBA and NBPA will equally fund a new health insurance plan, education/career development program and increases in pension benefits for retired players.

Previously, players who retired from the NBA received a pension from the league but were responsible for their own health insurance.

The sudden heart-related deaths of Darryl Dawkins and Moses Malone in 2015 led Adam Silver to call Michele Roberts about addressing this issue in their new CBA talks.

Michael Jordan also played a big role in stressing the importance of this issue.

"(Malone's and Dawkins' deaths) sent shock waves through the whole basketball universe," said Dwight Davis, who played for the Cavaliers and Warriors in the late 1970s and now serves as vice chairman for the National Basketball Retired Players Association. "Some of the deaths of retired players could have been avoidable because guys didn't have insurance and weren't doing yearly checkups."

"This is the first time in professional sports that this has happened," Davis added of the NBA providing medical benefits for retired players and their families. "What it means, dollar-wise for a guy like me who is 67, steadily employed for a while, on Medicare, with this new plan, I am going to save thousands of dollars -- in co-pays a minimum of $4,000 to $5,000 a year.

"Some of my younger counterparts are guys in their 40s, some of those guys are paying $30,000 a year for health insurance for themselves and families because of preexisting injuries. The abuse our bodies take, it is hard to get affordable insurance as a retired player."

The Houston Rockets were the team that initially proposed the NBA's new supermax contract extension rule and pushed for it throughout the process.

Houston already signed James Harden to a four-year extension last summer and will be allowed to extend him under the new rules in 2017. The new deal would begin with the 19-20 season and run through 22-23 and be worth up to $164 million for those four years added to the two years and $58.7 million still left on his deal.

"They love me, man. I love them," Harden said. "I love being here. We're going to win a lot. I'm excited to be here. That's one of the reasons I extended this summer.

"Obviously, this year's been great. I've been happy, probably the happiest I've been since I've been in a Rockets uniform. Everybody else is happy." 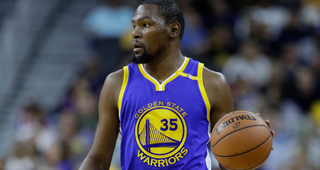 When Adam Silver met with his Board of Governors in July, he admitted he was "no fan" of Kevin Durant's decision to leave the Oklahoma City Thunder for the Golden State Warriors "fearing its implications on competitive balance."

From that moment on, the NBA's collective bargaining agreement negotiations were colored by the league's desire to make it more difficult for super teams to assemble.

They became motivated to give smaller market stars greater financial incentive and flexibility to sign long-term contracts with their existing teams. 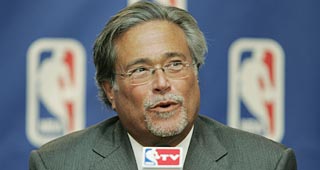 Teams met by teleconference on Wednesday to discuss and approve the proposed deal.

Players were recently emailed information about the CBA from the union and were intending to have their ratification vote completed electronically by Friday.

The league and the union spent months working on a new deal, one that ensures labor peace for at least the next six seasons and ends any fear of a work stoppage next summer. 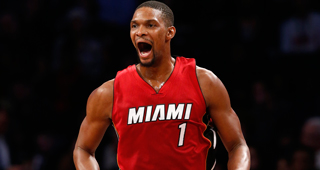 When a player is declared medically "unfit" to play, his case can be referred to the panel by his team, by the league or by the players association.

The panel's decisions will be final and binding on all parties.

Chris Bosh and the Miami Heat are currently in a stalemate that would benefit from the existence of such a panel. Because his condition predates the new labor deal, Bosh will be exempt from the new protocols. But Bosh can initiate the process and could even do before it takes effect on July 1st.

In the NBA’s latest evaluation of the 2020 salary cap, it was projected to rise to $118 million. 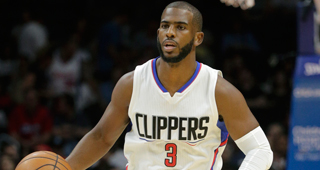 Under the NBA's new collective bargaining agreement, player raises will climb from 4.5 percent for rival teams and 7.5 percent to incumbent teams to five percent and eight percent respectively.

With bigger raises, player salary will climb to slightly higher levels in each progressive season from their starting salary.

The NBA's new collective bargaining agreement will be more restrictive in regards to non-guaranteed salary.

Players with non/partially-guaranteed contracts have been viewed as trade assets as they can acquire and then waive them as a method to eliminate unwanted salary.

Players signed to deals under the new agreement will have only their guaranteed amounts count toward salary matching.

For example, the Cleveland Cavaliers traded Brendan Haywood's non-guaranteed contract to the Portland Trail Blazers in 2015 for a $10.5 million trade exception.

The NBA will determine the salary cap for each coming season before the moratorium begins on July 1st as part of the new collective bargaining agreement.

In the past, the NBA offered an estimate before the start of free agency but didn't finalize a number as they finalized their accounting from the previous season up to June 30th.

The moratorium will end on July 6th.

Over 36 Rule Changed To Over 38 Under New CBA