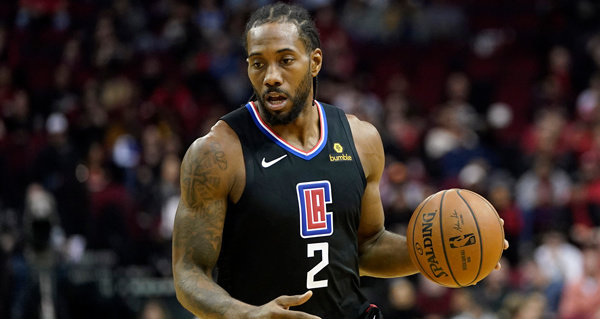 The NBA conducted a formal investigation of the Los Angeles Clippers last offseason, according to three sources with knowledge of the situation that spoke with Sam Amick of The Athletic. The investigation focused on complaints that Kawhi Leonard's uncle, Dennis Robertson, had asked for improper benefits during the free agency process.

Sources say the NBA investigation found no evidence that the Clippers granted Robertson any of the improper requests.

According to sources, Robertson asked for part ownership of the team, a private plane that would be available at all times, a house and a guaranteed amount of off-court endorsement money they could expect if Leonard signed with their team. Robertson made those requests repeatedly to Jeanie Buss over the course of three phone calls.

The discussions with Robertson led Buss to suspect the Lakers were being used for leverage to help him get what he wanted from the Clippers. Sources say Robertson made similar requests to the Raptors.

The NBA subsequently doubled their fines for tampering while also re-emphasizing its ability to conduct random audits.

“This is because of Dennis. He didn’t know the rules,” said one agent.

Said one owner: “This (league-wide discussion) is all because of Uncle Dennis.”

The NBA is discussing a $1 million per player bonus for the winners of the proposed 30-team, in-season tournament. The average NBA player makes approximately $9 million.

The NBA is considering adding the tournament to the schedule for the 21-22 season.

There has been skepticism privately and publicly on whether players and teams will be incentivized to take the tournament seriously.

Teams are reluctant to take short-term losses on losing two home dates to accommodate the tournament as the NBA would reduce the season to 78 games with the tournament.

G League players and the National Basketball Players Association are having serious discussions about unionizing.

The NBPA met with select G League players last season at the annual Showcase in Las Vegas as an introduction and informational practice.

A formal vote on the G League players union would take place after the Showcase.

“We support the players’ right to unionize,” G League president Shareef Abdur-Rahim told The Athletic. “We view this as a positive thing and are looking to continue to grow our league for the players to develop and accomplish their dreams.”

Agents and players hope unionizing would result in increased salaries for players, freedom of player movement, work benefits, and having a voice on their behalf on issues of discipline and contract structures.

Chris Paul has refuted a report from Peter Vecsey that Michelle Roberts is no longer executive director of the National Basketball Players Association.

"Michele Roberts has been and continues to be our fearless leader," wrote Paul. "The Twitter post that is circulating suggesting Michele is no longer the NBPA Executive Director is untrue. A Search Firm has been hired to advise on union hiring and succession planning, which has not yet begun. In the meantime, the Executive Committee is proud to report that Michele remains the NBPA Executive Director, is very much 'in power,' and continues to enjoy the support of our members!"

Roberts signed a four-year extension in 2018.

Both TNT and ESPN have shown double-digit drops so far to begin the 19-20 NBA season.

TNT's coverage is down 22 percent while ESPN has dropped by 19 percent.

The NBA's RSN numbers are down seven percent. While the Orlando Magic (+125 percent) and Atlanta Hawks (+43 percent) have seen gains, the Washington Wizards are down 57 percent and are the NBA team with the biggest drop. The Golden State Warriors are down 51 percent as they are without Stephen Curry and Klay Thompson after losing Kevin Durant to free agency.

More than half the NBA's games televised on ESPN and TNT so far this season have had one or more stars missing due to injury.