The NBA is considering the possibility of bringing the eight teams who didn't participate in the restart to Orlando for a minicamp and scrimmages, sources tell Sam Amick of The Athletic.

Six teams will leave Orlando at the end of the restart and the beginning of the playoffs.

The NBPA has been skeptical of any basketball setting that doesn't replicate the conditions the NBA created in Orlando.

The first round will begin on August 17th with the start of the second round and the addition of family members beginning on September 1st.

The NBA has embraced the 'Black Lives Matter' movement during the suspension of the season in a much larger way than they had previously following the death of George Floyd.

“We didn’t view ‘Black Lives Matter’ as a political matter. We viewed this as a broader movement. This is a human rights issue,” NBA deputy commissioner Mark Tatum said in a telephone interview with The Athletic. “Black Lives Matter has come to represent a broader movement around racial inequality and we support our players, our coaches, our staff, our teams, in speaking out on these critically important issues.”

More than three-quarters of the players in the NBA are African-American.

Miami Heat guard Kendrick Nunn has left the bubble due to personal reasons not related to COVID-19.

The team was aware beforehand that Nunn could leave the bubble.

Nunn is expected to rejoin the team in a few days, sources told Barry Jackson of the Miami Herald.

Nunn was averaging 7.8 points and 2.5 rebounds since the restart.

Jonathan Isaac underwent successful surgery on Friday on his left knee to repair a torn anterior cruciate ligament and meniscal tear. The procedure was performed by Dr. Robert LaPrade.

Isaac will be out indefinitely and his return to the court will depend on how he responds to treatment and rehabilitation. He suffered the injury on August 2 during the fourth quarter of the Magic’s victory against Sacramento.

The Brooklyn Nets clinched a playoff spot following a 119-106 win over the Sacramento Kings.

"It's great to punch your own ticket into the playoffs. I joke with the guys, I like my laundry being done, but nothing like doing your own laundry. We took care of business tonight," said Jacque Vaughn.

The Nets are currently 3-2 in the Orlando bubble.

Caris LeVert lead the scoring with 22 points, while Jarrett Allen was two assists shy of a triple-double.

"We want to make it a habit for this organization," said LeVert on making the playoffs. 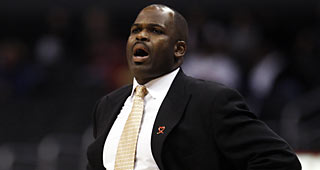 Jeff Van Gundy and Zach Lowe speculated on the future of Nate McMillan as head coach of the Indiana Pacers during a podcast on Thursday.

McMillan was promoted by the Pacers from assistant coach to head coach to replace Frank Vogel in 2016.

"All the Indiana Pacers do under Nate McMillan is win," said Zach Lowe.

Lowe also credited how the Pacers have created a culture of commitment on defense, but suggested the franchise could make a coaching change to take a leap offensively.

"I've had two people come up to me since I've been here and say 'You know, Nate McMillan is in trouble," said Van Gundy.

Van Gundy asserted the Pacers could risk taking a bigger step back by moving on from McMillan.

"What you've heard in Orlando has been going around all season," said Lowe.

Lowe added that the Pacers have denied the rumor to him privately.

As the NBA has continued to shoot more three-pointers and defenses have adapted to trying to run shooters off the line and into the range, Michael Pina writes at The Ringer that there has been a significant rise in one-dribble three-point attempts.

The Golden State Warriors led the NBA in 14-15 in this category at 2.7 percent of their shot distribution, but it would now rank No. 29.

Zach LaVine and Jayson Tatum lead the NBA in one-dribble shots this season.

“Now it’s just 3s, but my first couple years I shot a whole bunch of one-dribble pull-ups along the baseline and stuff like that,” LaVine told Pina. “It’s just something that I had to add. Instead of me getting catch-and-shoots—they’ve been taking those away—the one-dribble pull-up has helped me create space.”

“Once you put the ball down, you’ve gotta reset the ball in a position that you like,” Washington Wizards guard Shabazz Napier said. “That’s where the field goal percentages drop. It’s not like players want to dribble.”

Duncan Robinson described his version of the one-dribble 3 as more of a “throw-out dribble”—one dribble in stride to evade a defender hot on his tail. “So I’ll come off a pin-down, throw it out, one dribble,” he said. “It’s just a little bit different than what you’re typically going to see.”

Trainer Drew Hanlen has worked with LaVine and Tatum on improving the one-dribble three-pointer.

“You’ll see a lot of guys’ shots break down off the dribble,” Hanlen said. To get them comfortable from one season to the next, “most of them are making 250 to 500 3s a day, every single day throughout the summer. That’s how they actually see those increases in range, increases in percentage, and increase in frequency of them taking those shots.”

“I’m not one of these guys who’s gonna get the ball and try to facilitate and put it on the deck,” Joe Harris said. “But I’m always trying to find windows, find space. A lot of those catch-and-shoot opportunities are few and far between right now.”

Harris sees the one-dribble three-pointer as his best alternative.

“If I don’t have space initially, off of some sort of screening action,” he said, “then I utilize one dribble.” 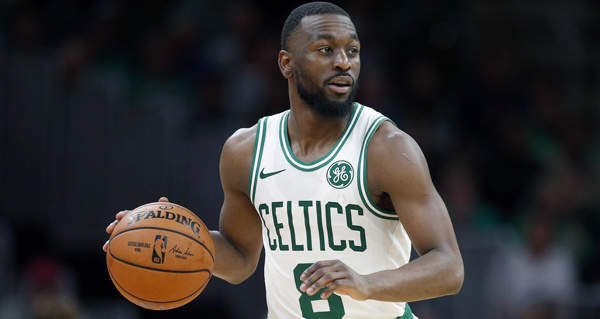 "At one point, yes, yes. Before Boston actually came along, the Knicks was one of my top priorities, actually, because I was thinking that they were gonna get another player. But it didn't work out," said Walker on the R2C2 podcast.

Walker did not elaborate on who the other player would have been.

"That's pretty much all I can say, though. The Knicks, they were definitely a priority at one point, yes," added Walker, who eventually signed with the Celtics.

Zion Williamson will sit out Friday's game against the Washington Wizards for rest.

The game is the second half of a back-to-back after the New Orleans Pelicans lost on Thursday against the Sacramento Kings.

The NBA established a hotline players and staff can anonymous contact to report possible violations of COVID-19 safety protocol, but Chris Haynes reports that several players have bypassed that line to speak directly with Adam Silver.

"Players have been circumventing that process," said Haynes during TNT's telecast. "Sources inform me that multiple players are personally calling Commissioner Adam Silver to issue their complains with things they're seeing in the bubble. If anything, it shows how accessible the commissioner is to the players, and it also shows he's a full-service commissioner."

During the first few days players were on campus, most calls were for mask violations.

Mo Bamba Reveals He Had COVID-19 In June

Pacers Release Statements From Larry Bird, Jackie MacMullan On Why He Stepped Down In 2017

Bulls Likely To Retain Jim Boylen Due To Financial Concerns

Ben Simmons Out Indefinitely With Subluxation Of Left Knee Cap