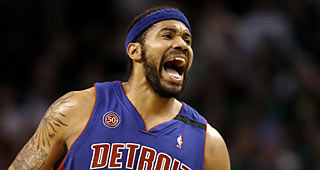 Constancy is boredom, so trade season is year-round now. Contenders filling out the rotation, stars trapped on bad teams liberated in three-team deals, bloated contracts cleared from the books at a price, unhappy squads turned over, a third forward swapped for a fourth guard, title odds shifting, rebuilds beginning in earnest, nine players uprooted and flung across the country and onto strange courts in new duds. We never shut up about it. Even in March, we talk about what might get done in June. Even in August, perhaps especially in August, speculation abounds because there is nothing else to discuss.

Most trades don’t happen because they exist only in the restless imagination of sportswriters, and of the ones devised by folks with the power to make them real, only a fraction are consummated. Daryl Morey is famous for calling up other teams with terrible offers. How about Capela and Tucker for Embiid? No? Well, I thought I’d ask. The press theorizes and covers this stuff so extensively due to some bottomless fan appetite for change. Maybe you passively think—maybe all the time—about running away from your life. But you have the foresight to understand this would be self-destructive and dumb. You’d get three days into it, take the measure of all the work you’ve destroyed, and sink deep into regret. Sports are a safe space in which monumental shifts can occur, and they don’t ruin anything of consequence. A team takes a big swing, it doesn’t work out, and they miss the playoffs. So what? The illusion of hope, at least, is fun before it’s extinguished.

What this whole trade talk industrial complex continually seeks—beyond the temporary satisfaction of a restlessness that will never go away, something to light up your tired eyes as you glance at your phone for no reason for the fiftieth time today—is the Perfect Deal, the one that renovates a stagnating squad and sets them up for success, or the one that gives an already quite talented team exactly what they need to win a title. If there’s anything that makes all of this extravagant pondering, rumor-peddling, and tick tock-tracking worth a damn, it’s that Perfect Deals do actually happen sometimes.

When the 2003-04 season began, the Detroit Pistons weren’t favorites to make it out of the East. Jason Kidd had dragged the otherwise unremarkable Nets to the Finals for two straight years, and such was the breadth of his ability that nobody doubted he could do it again. The Nets swept the Pistons in the 2003 Eastern Conference Finals, and Rick Carlisle left to work for Larry Bird and the Pacers, who had Ron Artest and Jermaine O’Neal one tumbler click away from superstardom and Reggie Miller in the sunset of his career. They too were well-positioned to make a deeper playoff run than Detroit.

It was back then and still is difficult to explain how Ben Wallace, listed at six-foot-nine but definitely shorter than Tayshaun Prince, was one of the best players in the league despite not being able to score on anything except dunks and tip-ins, but he was, and Rip Hamilton was as excellent a curl shooter as anyone not named Ray Allen. Chauncey Billups—a lottery bust several times over after passing through Boston, Toronto, Denver, and Minnesota—found a steadiness in Detroit that had eluded him throughout his early twenties.

This was a fine team, and with Larry Brown at the helm their defense went from constrictive to downright exhausting. My favorite aspect: a 33-year-old Lindsey Hunter playing some 12 minutes per game as an inversion of the scoring bench guard. Hunter did absolutely nothing on offense and spent all his old man energy harassing the opposing point guard for 94 feet. This happened while Chauncey, a solid defender in his own right, got a breather. The Pistons made everything difficult.

But they weren’t totally convincing title contenders. To be fair, nobody in the East really was. The Spurs had handled Kidd’s Nets pretty easily the previous season and the Lakers, three-time recent champs built on the foundation of two perennial MVP candidates, were reinforced by aging but still effective versions of Karl Malone and Gary Payton. San Antonio versus L.A., the prognosticators figured, would function as the de facto title bout, and then the winner of that matchup would go on to smash the Pacers or whomever.

Some of the preseason calculations were correct and some weren’t. Carlisle proved to be a massive upgrade over Isiah Thomas and Indiana won 61 games. In late February, Kidd picked up a nettlesome bone bruise on his left knee, and the Nets consequently faded. The Spurs and Lakers weren’t spectacular, but they did their respective jobs in the regular season while Kevin Garnett’s Timberwolves put together what they’d been threatening to assemble for a long time and finished with the best record in the West. The Pistons were like it said on the box: defensively stout, impeccably coached, balanced with meaningful contributions from across their smartly constructed roster.

And then in February, they became more than that when they picked up Rasheed Wallace. He had recently rejected a four-year, $42 million contract extension and the Blazers wanted to get something for him. They shipped him and Wesley Person to Atlanta for Shareef Abdur-Rahim, Theo Ratliff, and Dan Dickau. The Hawks weren’t interested in keeping Sheed around and promptly flipped him to Detroit in a three-teamer involving two Pistons first-rounders and a bunch of cap flotsam. (Incidentally, Hunter was part of this. It was one of those now-banned wink-wink arrangements where he was waived and back in Detroit within a week.)

Sheed to the Pistons was a Perfect Deal. He, Ben Wallace, and Tayshaun Prince composed a nightmarish defensive frontcourt. The range on his jumper was useful given that Ben was purely a paint-dwelling animal on offense. He was a gifted and willing passer. He didn’t throw other players out of their established rhythms by demanding too much of the ball. And not for nothing, he was a basketball genius, extraordinarily knowledgeable about the mechanics of out of bounds sets and the principles of every system NBA coaches ran, attuned in some unteachable way to the necessities of a particular moment. The Pistons’ greatest strength was that they understood the game better than any other team in the league. Sheed only enhanced that understanding, and as a result, there was no rocky integration period. He showed up and Detroit went 20-and-6 over the rest of the regular season.

It wouldn’t feel correct to say that the Pistons had an easy time in the playoffs because their style was so work-intensive, but they sort of cruised, in their way, to the championship nobody thought they would win. The most trouble they had was a seven-game series from the Nets and a one-and-a-half-legged Jason Kidd. Everyone else got smothered. In the Eastern Semis, the Pistons held the Pacers to 72.7 points per game over six contests. In Game 3 of the Finals against the Lakers, the night on which it became obvious who the superior team in the series was, Los Angeles shot 36.5 percent from the field and scored just 68. That was when Karl Malone sprained his knee, which you could argue was a spot of luck for the Pistons, but Sheed had already been shutting him down.

Chauncey Billups won Finals MVP, which was a reasonable choice since he was the only player on the team who actually shot well over the five games. But the thing about those Pistons is that they didn’t have a definitive best player. Chauncey was the steady hand and big shot taker, Ben Wallace was a historically great defender, Rip could score 30 on a good night, and the rest of the roster chipped in. Rasheed Wallace was as essential as anyone else without being a focal point. On a squad that wore opponents down with relentless effort and intelligent play, Sheed’s contribution rendered the Pistons insurmountable. You could cope with him, maybe, but certainly not the rest of them, and vice versa. He and his teammates found each other at just the right time. It is the kind of thing you dream about.