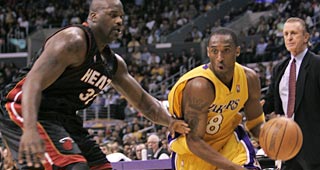 There aren’t many single-team stars anymore, and that’s the sign of a healthier labor force. Where NBA players once hunkered down in the rich folk suburbs of whatever city drafted them and played some 10 to 15 years at the pleasure of a front office that may or may not have had any clue what it was doing, they’re now more apt than ever to leave because the team stinks, or they want to play with their friends, or because Los Angeles seems a much more interesting place to be young and wealthy than Cleveland or Oklahoma City. This is a positive development. Catholic devotion toward an employer is usually immiserating and counterproductive.

But it is nice when it works out for a particular player and a particular franchise. Dirk Nowitzki recently retired as a Forever Mav, and his constancy—through Michael Finley’s prime, Steve Nash’s exit, all those failed center acquisitions, the MVP year with the downer ending, the championship and its long afterglow—is powerful. We tend to describe this in metaphysical terms, but it is both more practical and more impressive than that. There’s tremendous difficulty in enduring, maintaining your belief that this will all work out eventually, if you are patient, and can in the meantime keep from falling off.

Kobe Bryant didn’t need to take it on blind faith that the Lakers would be good. They already were when he showed up in 1996, and by the conclusion of his fourth professional season, they were at the outset of what would become a threepeat. But Kobe is extraordinarily restless. It took only a pair of sideways seasons—a loss to the Spurs in 2003 and a Finals defeat against the Pistons in 2004—for the situation to sour and for the self-styled Jordan heir to start exploring moves.

The relationship with Shaq—which would be a long Thirty Histories entry by itself—had become untenable. They were a pair of personalities perfectly at odds. Shaq didn’t take his conditioning seriously enough, and Kobe took everything entirely too seriously. Shaq was slightly past his best and still treated Kobe like a sidekick, and Kobe was perhaps the worst-suited player in the entire league to that treatment. As Kobe admitted in an interview with Shaq last year, he took significant steps toward moving to Chicago in the summer of 2004 when he was a free agent. Kobe and his wife looked at homes in Lake Forest, an enclave college town just north of the city, and he flew into O’Hare to meet the Reinsdorf family and get a read on how the Bulls were run. Then the Lakers relented: Mitch Kupchak announced that they were fielding offers for Shaq, and Kobe realized the Chicago exit wasn’t going to happen.

Unsurprisingly, the Lakers struggled after losing the aging centerpiece of their championship squads. Kobe carried them to a pair of playoff appearances in 2006 and 2007, but that was all he could accomplish with teams that prominently featured Kwame Brown and Luke Walton. He almost gave up on the Lakers again during the 2007 offseason. That time around the Kobe to Chicago buzz was overwhelming. He asked for a trade in late May—in unequivocal terms, telling Stephen A. Smith on live radio that there was nothing L.A. could do to repair the relationship—and the saga stretched on into the start of the next season. Tyrus Thomas, Luol Deng, Ben Gordon and Ben Wallace were all reportedly on edge as late as early November, habitually checking ESPN for updates on their status and wondering if they were headed the other way in a Kobe deal.

That move finally fell through because the Lakers insisted upon Deng in return, and Kobe wouldn’t waive his no-trade clause to Chicago if it meant he didn’t have the 22-year-old emerging star at his side. We all know how this worked out. Kobe grudgingly accepted that he wasn’t leaving, Pau Gasol fell into the Lakers’ laps a few months later, and they went on to win two more championships. Staying put ended up being a fruitful, if entirely accidental, decision.

Kobe retired three summers ago, adamantly adored in Los Angeles and perhaps nowhere else. It’s not like Lakers fans don’t know that he wanted to flee for Chicago on two separate occasions, but they also know that in the end, he didn’t. History, especially in Sports World, is framed by outcomes rather than intentions, no matter how strong those intentions are. Asked by a couple of Lakers fans for an autograph during the 2007 offseason, Kobe told them to “get a Bulls jersey fellas.” If it was entirely up to him, he would’ve been gone.

In hindsight, careers are necessarily compressed, defined in peaks and valleys, demarcated by big happenings. They orient us on the timeline. Was that the year after he won the title, or the year after that? LeBron James, for instance, has chopped his career into four distinct chunks: the first Cleveland spell, the Miami interregnum, the second Cleveland spell, and this ongoing Lakers excursion. Anthony Davis has done the same thing by finally completing his move to Los Angeles. From this point forward, there will always be Pelicans A.D. and Lakers A.D.

But when a player stays in one place for the entire time they’re in the league, the whole thing runs together a little more than it otherwise would. It gives the illusion of a unified whole. Kobe was drafted a Laker, won as a Laker, retired a Laker. No one thinks that time was uneventful, but there was no clean break, no dramatic rebirth—just a long string of transgressions, triumphs, and dramas, all of which began and ended in the same place.

This is a bleak way of understanding players with single-team careers: they are rendered a little bit flatter than the nomads, and belong a little less to themselves than to the only franchise that ever employed them. Maybe that’s why Kobe is trying to do so much stuff—the grandiose basketball genius breakdowns, the entrepreneurial ventures, the film world dabbling—in his post-basketball career. In retirement, he wants to raise a few banners that aren’t purple and gold, because he is, for better and for worse, an aggressive individualist. That he spent so long serving one organization’s needs is at least half a coincidence.