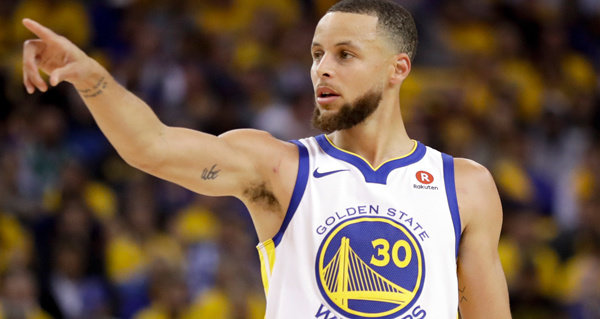 The Golden State Warriors criticized the refs following their 131-130 overtime loss to the Minnesota Timberwolves.

They were especially critical of a call made when they were down 130-127 with 4.4 seconds in overtime. Kevin Durant received an inbounds pass, quickly turned, and hit a 3. Ref Marat Kogut whistled for a foul on Keita Bates-Diop, saying it came before the act of shooting.

"Did I think it was before the shot? I just watched the replay. He caught and he shot -- it's a four-point play. I mean, I don't know what else to say. Kind of mind-boggling. You catch and you go up for a shot, and you get fouled in any league -- any league -- that's a good bucket and a free throw. Any league, not just the NBA," said Kerr.

Steph Curry hit a 3 on the following sequence to tie the game as several Warriors players pointed at Kogut.

The refs then whistled Kevin Durant for a foul with 0.5 seconds off the ensuing inbounds play. Karl-Anthony Towns hit 1 of 2 free throws to win the game.

When asked which call was worse, Curry responded "you'd have to ask the MVP of tonight. Marat Kogut."

"Marat was his name? He was the best player on the floor tonight. He made sure that -- he's so good with his whistle that he knew they were gonna foul me, and he called it right before I shot the ball. So he's one of the greatest refs of all time," added Durant. 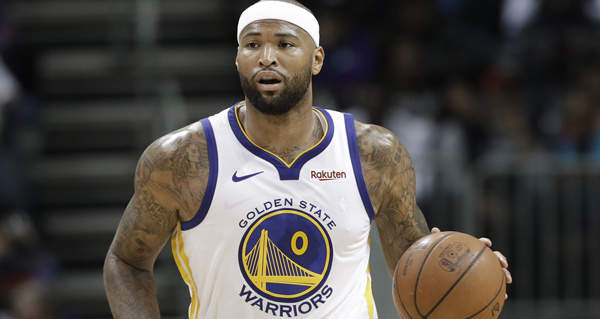 The Boston Celtics banned a fan for the rest of this season and next season for yelling a racial slur at DeMarcus Cousins.

The incident took place when the Warriors visited Boston in January. Cousins told Celtics security that the fan "muttered the n-word." The fan was then removed from the stadium.

The Warriors were recently notified of the punishment. 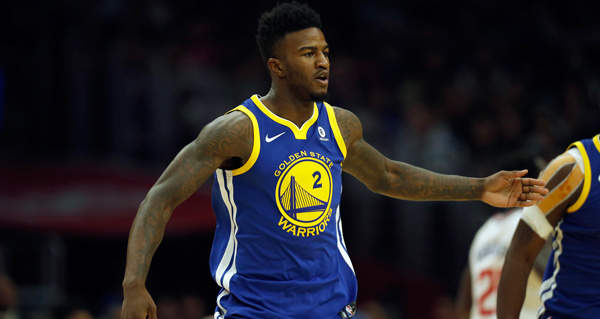 Jordan Bell was suspended for 1 game after it was discovered that he made a purchase at the team hotel in Memphis that would eventually be charged to Mike Brown's account. The item or the amount remains unclear.

Hotel rooms are paid for by the team, but incidentals such as snacks and movies get charged to a personal card as part of an employee's per diem.

This was not the first time that Bell has charged an item on someone else's account, according to a source. 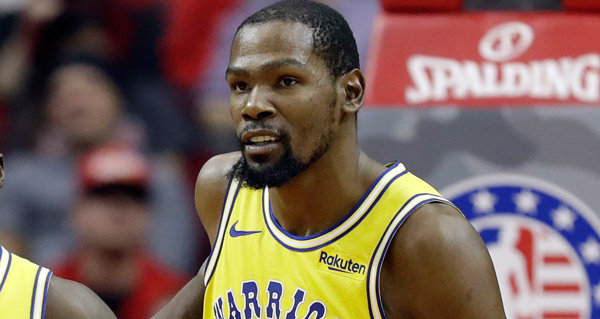 Kevin Durant scored 28 points by shooting 12-13 from the field, turning in the most efficient scoring performance of his career as the Golden State Warriors beat the Memphis Grizzlies 118-103.

"My second year in the league. I started charting my shots and makes and misses throughout the game. That kind of reminded me to take good shots and it keeps me locked in on the flow of the game. So I guess it's a game within a game," said Durant.

"The game's easy for Kevin. It just is. I don't think there's ever been anybody as skilled at his size in the history of the league, so he just does whatever he wants," added Steve Kerr.

Jordan Bell was suspended by the Golden State Warriors for Wednesday night's game against the Memphis Grizzlies.

"The release was self-explanatory. He was suspended for tonight's game, conduct detrimental to the team. Beyond that, it's our business, nobody else's, so we'll move on," said Steve Kerr.

Bell is averaging 3 points and 2.7 rebounds per game this season.

Steve Kerr said there was no communication on defense following the Golden State Warriors' 126-91 loss at home to the Dallas Mavericks.

"Defensively, we were not connected. We weren't talking, and we got off to that slow start. And Dallas is always a hard team to guard -- they execute well, and I think they made 12 3s in the first half, 21 for the game. A lot of miscommunication -- but we just couldn't pull together after that slow start," said Kerr.

Kevin Durant was unconcerned about the loss.

"It's not odd at all. I think everybody in that locker room has gotten their asses beat at home before. I know this experience is different, how much winning we've done the last few years. But we're still in the NBA; guys have been a part of terrible games, along with the great games, as well. The good thing about it, we play tomorrow night too," said Durant. 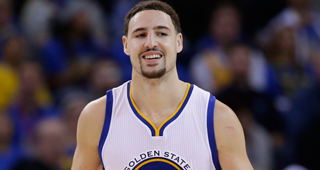 Klay Thompson said his goal is to make the NBA All-Defensive Team sometime in his career.

"I'm not a steals guy, but we have to have some great defenders on this team. We've been in first place for four out of five freaking years. So at the end of the day we have to have some great defenders. It's not just all offense with this team. We got guys that play that side of the ball."It's always been a goal of mine. I pride myself on playing on both sides of the ball. It would be awesome to make All-Defensive Team before it's all said and done," said Thompson.

Thompson also addressed the nature of day-to-day perception in the modern era.

"At the end of the day, the love from the media and fans can be fickle, just because it's so game-to-game. We live in a time where it's 'What have you done for me lately?' You can't get caught up in the love right now."

Draymond Green said that the Golden State Warriors' focus is on winning a third straight NBA title and not on Kevin Durant's upcoming free agency.

“He’s part of it right now. Whatever happens this summer happens. Whatever the hell he do, he does. If he go, he go. If he stay, he stay. But while he’s here, we’re going to win another championship. It’s just that simple. Nothing else matters," said Green.

Green added that there are no lingering effects from their confrontation last November.

“It’s not important. We’re not about to sit around and walk around, or carry something around, that happened in November.”

DeMarcus Cousins underwent an MRI on his sore right ankle and the results came back negative.

Cousins will sit out Golden State's game on Monday against the Spurs.

Following the Golden State Warriors' 106-104 win at the Houston Rockets in which he played the best game of his tenure with the team, DeMarcus Cousins compared this season to being in the middle of a soap opera.

Without naming names, James Dolan expects the best available free agents to sign with the Knicks.

Eric Gordon: No Other Team But Rockets Have A Chance Against Warriors

The Cavaliers would have had to essentially gut their team in order to acquire Kevin Durant.

Steve Kerr tried to downplay a video clip of him speaking negatively of Draymond Green.

Steve Kerr and Draymond Green have had a contentious partnership at times over the years.

Windhorst: Kevin Durant, Kyrie Irving Were Like 'A Middle School Couple' At ASG

Kevin Durant and Kyrie Irving have uncertain situations with their current teams.

Kevin Durant has been linked with leaving the Warriors for several weeks and his behavior has suggested he's unhappy with his situation.

Warriors Lead NBA In Gate Revenue Per Game At $3.4M
The Warriors are first in gate revenue per game while the Grizzlies rank last.

Opponents are attacking Cousins during pick and roll situations as he recovers from his Achilles injury.

Durant disagreed with Steve Kerr's assessment that the Warriors were missing "anger".

Steve Kerr believes the Warriors were lacking in intensity against the Celtics.

Klay Thompson will be a free agent this offseason.

The 76ers and Celtics also showed interest in Andrew Bogut.

Andrew Bogut was traded by the Warriors to the Mavericks in 2016 to create cap space to sign Kevin Durant.

Kevin Durant Looking At What Else He Wants To Experience

Kevin Durant was asked a series on introspective questions, including how he wants his legacy to be perceived.